For a lot of hockey fans, the NHL standings seem much more complicated than they should be. It’s certainly not hard to grasp the general idea behind them: The team ranked #1 in a division is doing better than the team ranked #2, which, in turn, is doing better than the #3 team, etc. Beyond that, though, it can get confusing. Why do some teams end up ranking below other teams that have fewer wins? What is this “ROW” statistic about? How are points (PTS) calculated? Why can’t we go back to the glory days when winning or losing was the only thing that counted?

Veteran fans know the answers to all these questions—but not everyone out there is an old-school devotee of the game who can reminisce about Gretzky’s rookie year. People who are relatively new to hockey can easily get lost when gazing at the alphabet soup of NHL standings: GF, GA, RW, DIFF, S/O, L10, and so on. It’s also far from obvious how these statistics figure into determining who ranks above whom.

So, let’s go ahead and clear up all these mysteries once and for all. What follows is an overview of all the rules and stats that go into determining NHL standings.

What Those Acronyms Mean 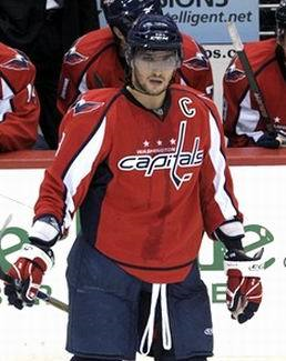 Before we start discussing the various factors that go into determining NHL rankings, you need to understand the types of team statistics that form the basis for these calculations.

If you look up “current NHL standings” on a website (or in the newspaper, if you’re that type), you will be presented with a grid listing all the teams in the National Hockey League, arranged by conference and division. There should be a horizontal row across the top that looks something like this:

There are a few variations that you may run into (more on that later), but this is the gist of it. Here’s what these acronyms mean:

On occasion, you’ll see other kinds of statistics as well, such as:

The stats in this last group are worth knowing about, but they don’t play a part in determining NHL standings, so you don’t need to worry about them if you’d prefer not to bother.

How Regular-Season Standings Are Decided 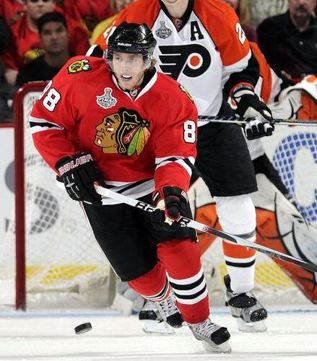 There are multiple factors that can be involved in figuring out who gets ranked above whom, but the one that trumps all others is the factor of points (PTS). In the NHL standings, any given team will always be ranked above teams that have fewer points and below teams that have more points. It’s a simple rule, but it’s also not without controversy.

Because points are based on a combination of wins and overtime/shootout losses, it’s possible for teams to rise in the rankings by losing games. The “loser point,” as it’s called, has been widely disparaged for years. The critics like to say that no other professional sports league in North America awards points for losses. Fairly or not, they also like to draw attention to the Stanley Cup-winning 2011-12 Los Angeles Kings squad as a reason why the loser point should be abolished.

The Kings actually ended the regular season having lost more games than they won, but they managed to squeak into the playoffs due to the points they earned from 15 overtime/shootout losses. During that same season when the Kings made their improbable Stanley Cup run, the Florida Panthers managed to win the Southeast Division despite a sub-.500 performance—they had 18 overtime losses.

That’s how it goes in the NHL under the current rules, though. A point is a point—but what happens when two or more teams have the same number of points? Things start getting tricky in that case.

Tiebreaker Rules in the NHL

If there are two or more teams with an identical point total for the season, one or more of those other stats we mentioned earlier come into play to break the tie. Because the tiebreaker rules were tweaked prior to the commencement of the 2019-20 season, there may be a few surprises for you.

Tiebreakers start with the first ones mentioned below. If that fails to resolve the tie, the next tiebreaker goes into effect. The process keeps going down the list until there’s a tiebreaker that favors one team over the other.

We may never see a tiebreaker situation that persists after this point, but the NHL has additional rules just in case:

After the regular season has concluded, the top three teams in each of the four divisions get a ticket to the playoffs. In addition, each conference sends its best two teams among the remainders (“wild cards”) to the postseason. That means 16 teams make the Stanley Cup playoffs. 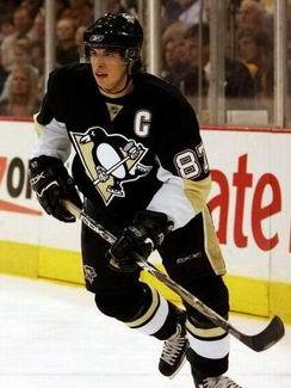 The First Round playoff brackets are determined by regular-season records (and tiebreakers if needed). It goes like this:

In each conference, the division winner with the best record plays the wild card team with the worst record. The other division winner plays the other wild card team. The second-place team in a particular division plays the third-place team from that division. So, there are four matchups in each conference, for a grand total of eight. The winners of these games move on to the Second Round (eight teams), then to the Conference Finals (four teams). The elimination process concludes with the winner of each conference battling for the big trophy at the Stanley Cup Finals.

You can’t blame anyone for having trouble keeping track of all this stuff. It seems that every hockey fan has ideas for simplifying the process. At the very least, it’s a fun subject to argue about. Speaking of fun, have you taken a look at our NHL jersey collection lately? We carry a wide range of officially licensed NHL hockey jerseys that honor the legends of the game, past and present. You can’t go wrong with NHL hockey merchandise from Custom Throwback Jerseys.